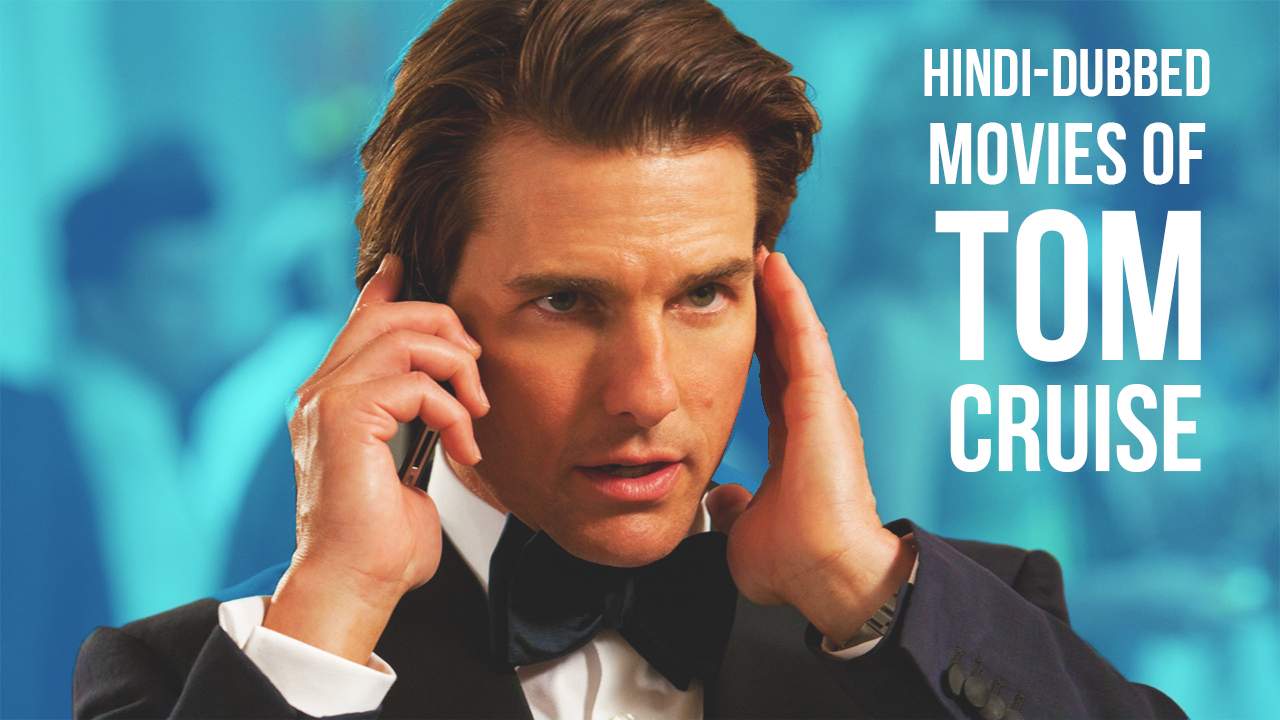 Tom Cruise has a huge fan following in India. We Indians love him so much. He is a great actor. This 58 years old actor has worked in around 42 films so far. In India, we like to watch Hollywood movies in Hindi-Dubbed versions. Unfortunately, all movies of Tom Cruise are not dubbed in Hindi. His 25 films are in Hindi-Dubbed versions too. The good news is that we listed all of them for our readers. So, you can say that this page is about best Tom Cruise Hindi-Dubbed movies.

The list of Hindi-Dubbed films of Tom Cruise starts from here. For ranking purpose, we are starting the list from worst to the best.

A musical-romance film. The story focuses on a small-town girl and a city boy. They meet on the Sunset Strip. Their dreams are quite same to become famous Musicians. They chase their dreams together.

This film is an action-drama. The plot of this movie is about Cole Trickle. He is a hot-shot car racer an recruited by a big company. One day, he meets with an accident. After recovery, he returns and gets his chance to compete at the top level.

It is a war-drama film. The storyline of this movie focuses on Arian and Ernest. They are army rangers and sustain injuries in Afghanistan. Their mission fails. After that, a veteran journalist tries to uncover the conspiracy.

An action-horror film. The plot of this movie is about Sergeant Nick. After an air strike, he stumble upon the tomb of an ancient Egyptian Princess. She awakens and embarks on a furious rampage. He tries to stop the resurrected monster.

This film is an Action-Thriller. The storyline is about Jack Reacher. He is an ex-investigator. When Major Susan is accused of espionage, he springs into action to prove her innocence.

It is a legal thriller movie. The story focuses on Mitch. He is a young lawyer and lured by a prestigious law firm with the promise of a brilliant career. He finds that it has a sinister dark side.

An action-comedy film. The story revolves around June Havens. She is a young woman and unlikely encounters a spy. She gets involved in his adventures.

This movie is of action-adventure genre. The plot of this film is about Ethan Hunt. He is an IMF agent. He goes on a mission to Sydney. The mission is to find and destroy a genetically-engineered virus created in a lab.

A biopic of Ron Kovik. When he paralyzed in the Vietnam war, his views on war changes. He becomes a polictical activist who advocates anti-war and pro-human rights.

It is an action-comedy biopic of Barry Seal. He is an American pilot who gets involved in arms and drugs smuggling. At the same time, he is working for the CIA.

This is a romantic-thriller film. The story focuses on David Aames. He is a publishing magnate. His life changes, when he had a car accident which scars his face.

An action-drama film. The story of this movies is about a hotshot fighter pilot Maverick. When he is sent to the The Top Gun Naval Fighter Weapons School, he learns few things from his beautiful flight instructor that are not taught in the training classes.

This film is an action-thriller and based on the book One Shot written by Lee Child. The story is about an ex-Army investigator, Jack Reacher. One day, an ex-military Sniper is arrested for shooting five people. Jack agrees to help the sniper’s defense attorney in investigation.

It is an adventure-thriller film. The story focus on an IMF agent Ethan Hunt. He comes into conflict with an international broker of arms and information who threatens his love and his life in response. The broker is sadistic and dangerous.

A sci-fi movie. The story of this film is about an alien invasion menacing the future of humanity. A dockworker Ray Ferrier tries hard to protect his children from alien invaders.

This film is a legal drama. The story focuses on Lieutenant Daniel Kaffee. He is a military lawyer and defends marines accused for murdering a fellow marine in Cuba.

This action-thriller movie is the first installment of the Mission: Impossible film series. The story of this film is about Ethan Hunt. He is an American agent and falsely accused of murdering his entire team. He must prove his innocence and expose the real culprit.

It is a spy film and the fifth installment of the Mission: Impossible film series. The story of this film focuses on the Syndicate. It is a network of highly skilled operatives. They are committed to destroying the IMF. IMF agent Ethan Hunt and his team have to eradicate the Syndicate.

This film is of action-adventure genre. It is the sixth movie from the Mission: Impossible film series. The story of this film is about Ethan Hunt. When a group of terrorists known as the Apostles plans a simultaneous nuclear attack on the Vatican, Mecca and Jerusalem. Ethan with his allies set out to stop the carnage.

It is a sci-fi film. The story is set in the year 2077. Jack Harper, a security repairman assigned to extract Earth’s remaining resources. After rescuing a beautiful stranger, he begins to question his identity.

A crime-thriller film. The story is about Max. He is a taxi driver and finds himself the hostage of an Assassin. The assassin is on a mission to kill people. He must stop the assassin to wipe out his last target.

This film is an action-spy movie and the fourt part of the Mission: Impossible film series. The story is about the IMF. It is wrongly implicated in the bombing of the Kremlin. Ethan Hunt and his team to go rogue to find the real culprites and clear their organization’s name.

It’s a war-action film. The story of this movie is about Captain Nathan Algren. The Emperor of Japan hires him to train the army to fight a Samurai rebellion. In the battle, the Samurais capture him. After that, he embraces the Samurai culture and becomes one of them.

This film is a sci-fi movie. The story focuses on John Amderton. He is a part of a special police unit. The unit can catch criminals before they commit their crimes. One day, he is accused of a future murder. He sets out to prove his innocence.

A sci-fi film. The story of this movie is about Major William Cage. He teams up with a warrior Rita Vrataski to save Earth from an alien species. He relive the same day over and over again, after being caught in a time loop.

Which one is your favorite movie of Tom Cruise?

You can write your answer in the comment section below.