Gerard Butler is a Scottish actor, producer, and singer who has become one of Hollywood‘s most recognizable faces. Born in 1969, Butler has had a long and successful career in the entertainment industry, having starred in numerous blockbuster films and earning both critical and commercial success. He has an estimated net worth of 40 million USD and has won several awards, including a People‘s Choice Award and a National Movie Award. He is best known for his roles in films such as 300, Law Abiding Citizen, and Olympus Has Fallen.

The list of Hindi-Dubbed films of Gerard Butler starts from here. For ranking purpose, we are starting the list from worst to the best. 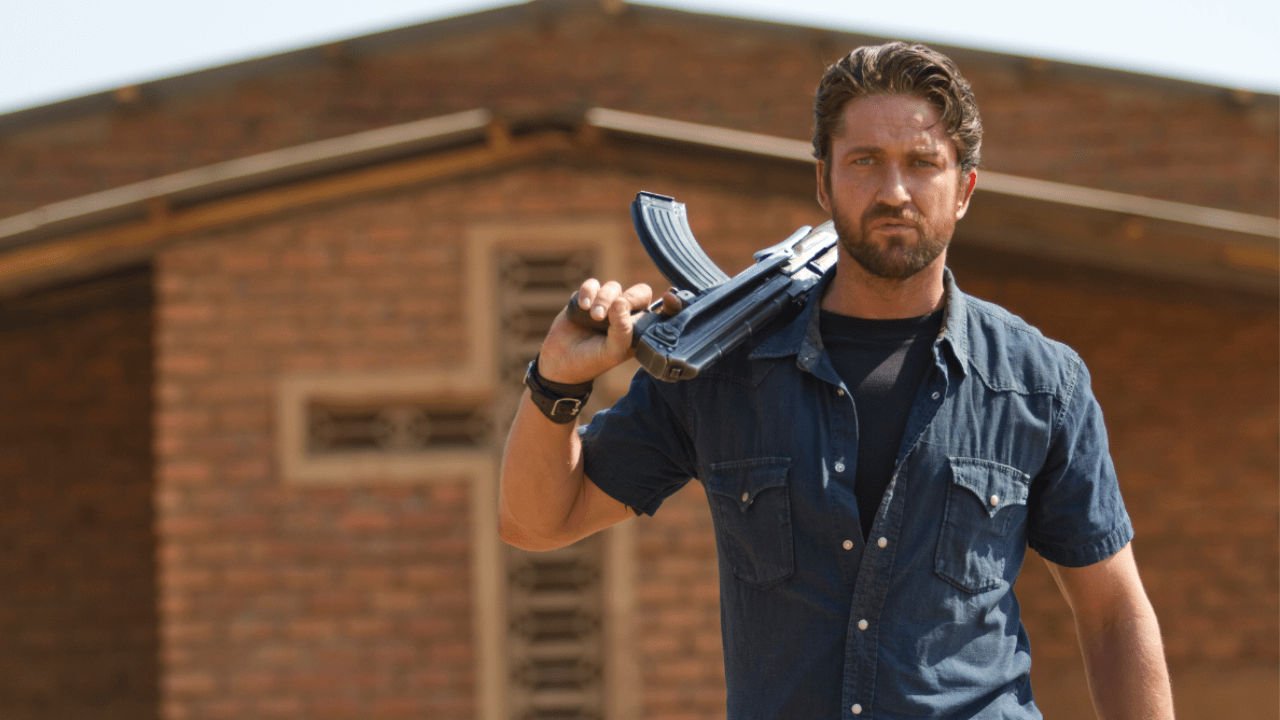 Machine Gun Preacher (2011) is a biographical action-drama film directed by Marc Forster. It stars Gerard Butler as Sam Childers, a former drug-dealing criminal who finds faith and decides to dedicate his life to rescuing kidnapped and orphaned children in Sudan.

The film follows Childers’ journey from a violent criminal to a devoted humanitarian. It is a powerful story of redemption and courage. The genre of the film is Action, Biography, Drama. It is available to watch in Hindi on Netflix. 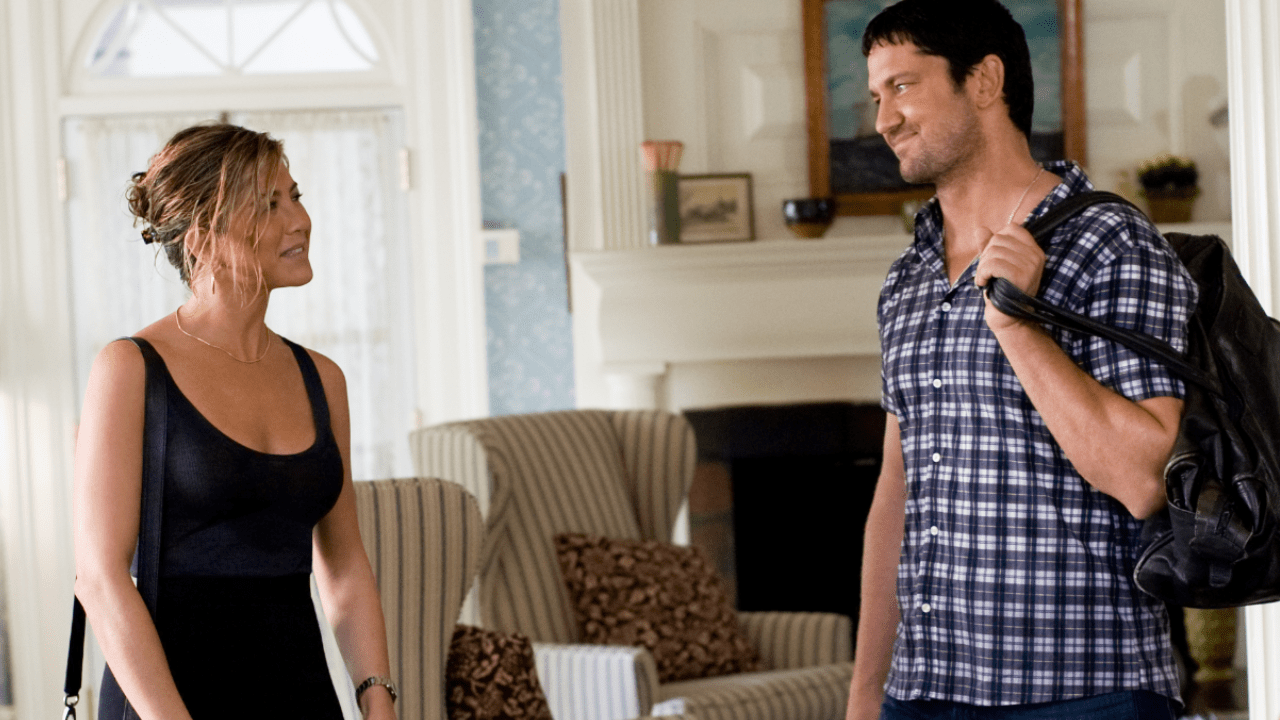 The Bounty Hunter (I) (2010) is an action-comedy film. The plot follows Milo Boyd (Butler), a bounty hunter, who is hired to retrieve his ex–wife, Nicole Hurley (Aniston), who has skipped bail. The two soon find themselves on a wild adventure as they try to evade the police and the criminals who are after them. The film is a mix of action, comedy, and romance, and is sure to keep you entertained. It is available to watch in Hindi on Netflix. 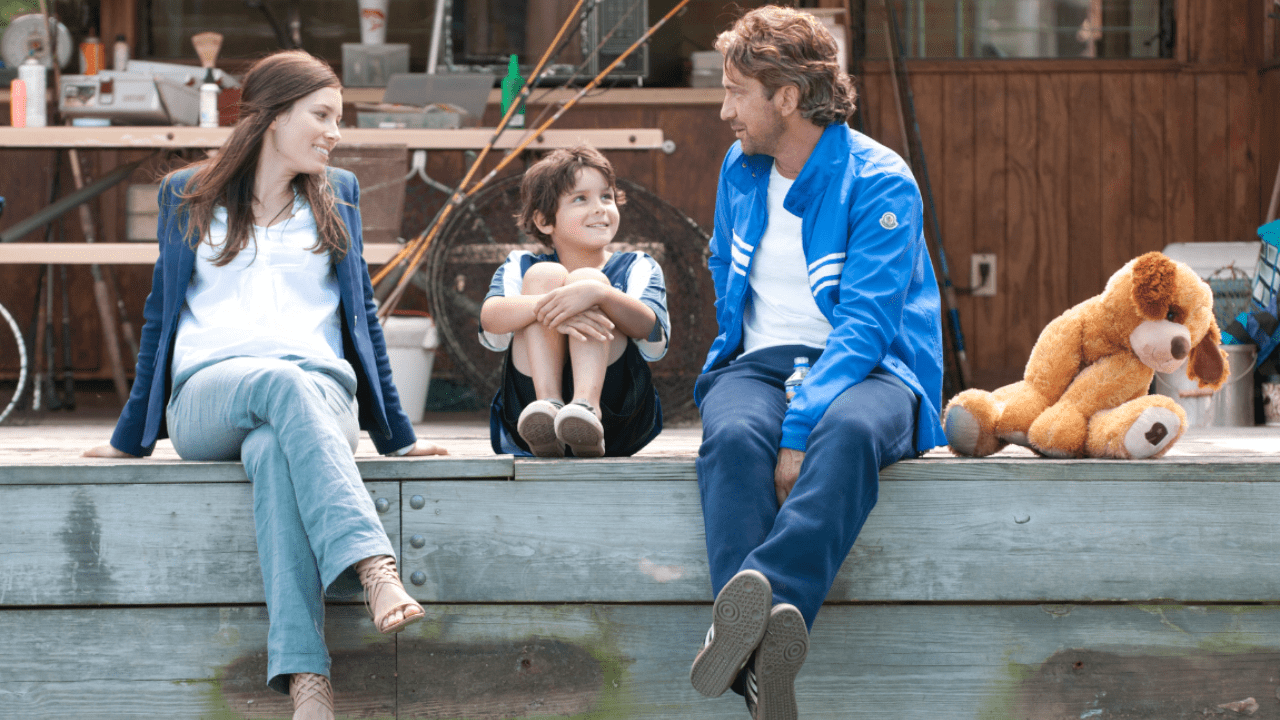 Playing for Keeps is a 2012 romantic comedy starring Gerard Butler, Jessica Biel, and Uma Thurman. The plot follows a former professional soccer player who attempts to rebuild his relationship with his son by coaching the boys’ soccer team. Along the way, he finds himself in a romantic triangle with the team’s soccer moms. The movie is a mix of comedy and romance and is sure to entertain. It is available to watch in Hindi on Netflix. 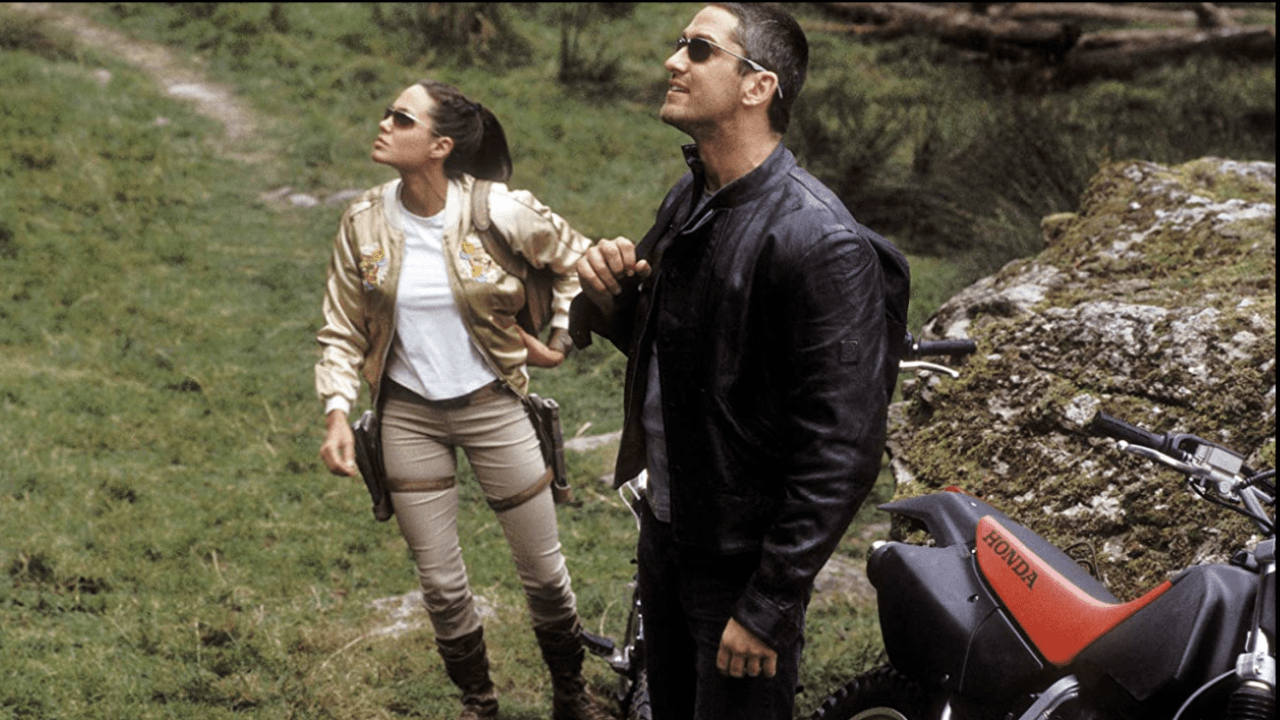 Lara Croft Tomb Raider: The Cradle of Life is an action-adventure movie released in 2003. It is the sequel to the 2001 movie Lara Croft: Tomb Raider. The movie follows Lara Croft as she searches for the mythical Pandora’s Box. Along the way, she faces off against a dangerous Chinese crime lord and his henchmen. The movie is filled with thrilling action sequences and spectacular visuals. It is a perfect blend of action, adventure, and mystery. The movie is available to watch in Hindi on various streaming platforms. It is a must-watch for all action-adventure fans. 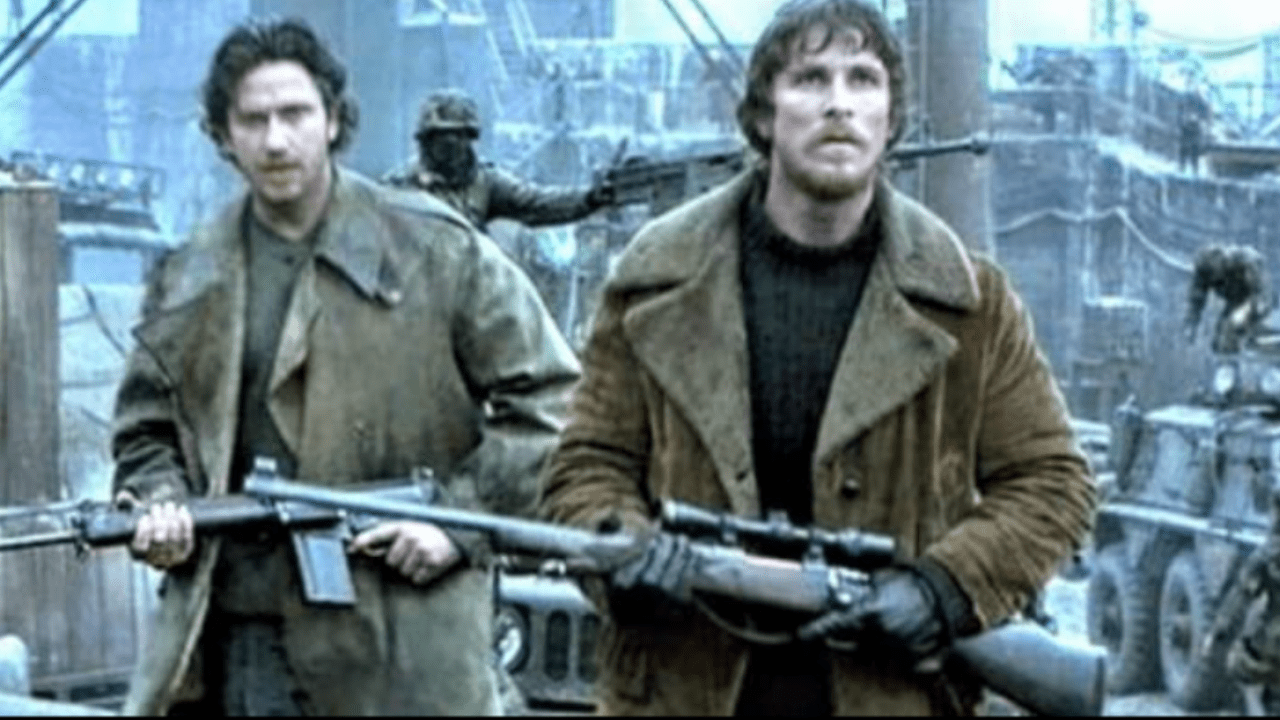 Reign of Fire is a 2002 post-apocalyptic action-adventure film starring Christian Bale and Gerard Butler. The plot follows a group of survivors in a future England, where dragons have been released from underground and are now ravaging the planet. The survivors must fight the dragons and find a way to survive in this new world. The genre of the movie is action, adventure, fantasy, and science fiction. You can watch Reign of Fire in Hindi on Netflix. 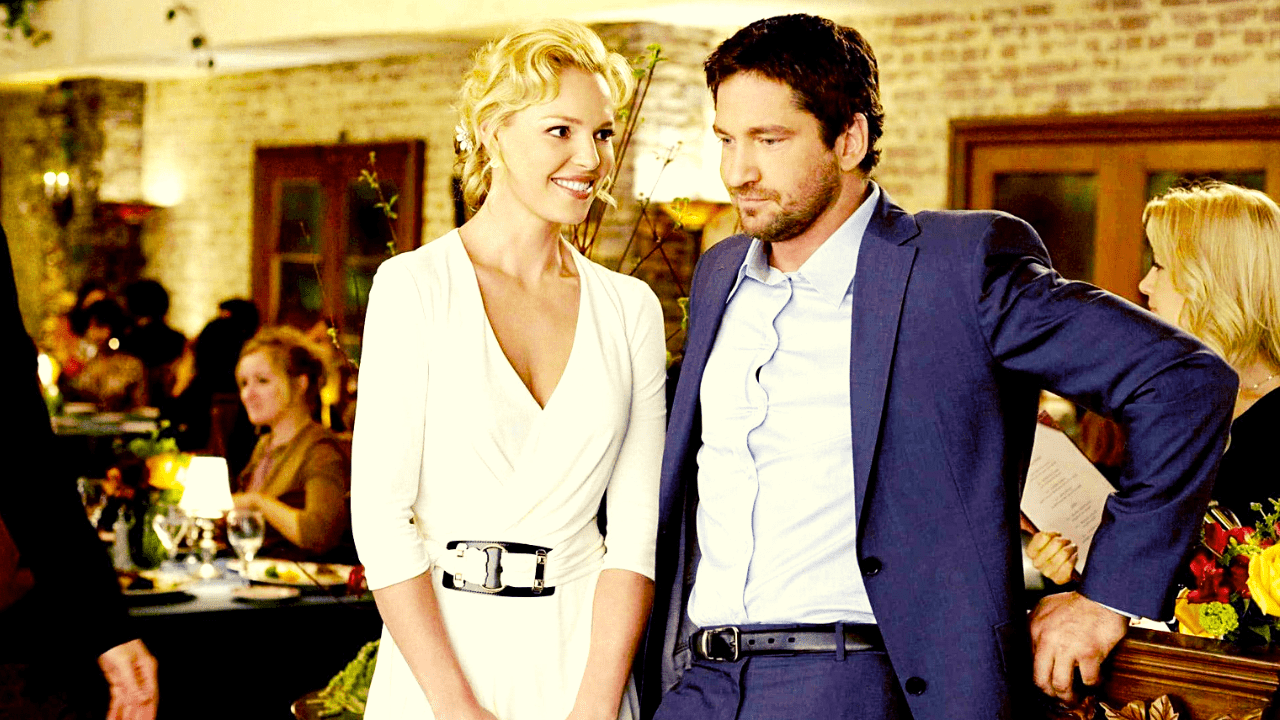 The Ugly Truth (2009) is a romantic comedy starring Katherine Heigl and Gerard Butler. The plot follows Abby, a morning show producer, who teams up with Mike, a chauvinistic correspondent, to prove a point about relationships. The two must work together to find out the ugly truth about love and relationships. The genre is a mix of comedy, romance, and drama. You can watch The Ugly Truth in Hindi on Netflix. 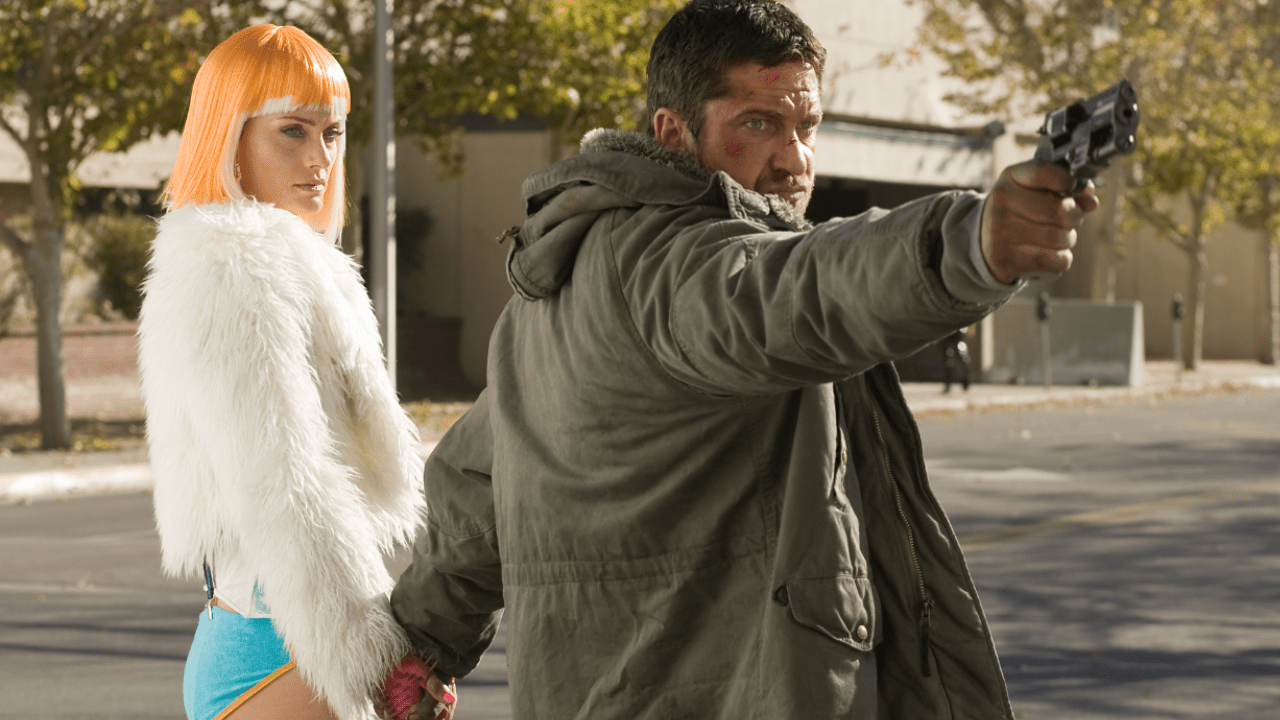 Gamer is a 2009 science fiction action thriller film directed by Mark Neveldine and Brian Taylor. It stars Gerard Butler, Michael C. Hall, and Ludacris. The plot follows a man who is forced to participate in a deadly game where players control human avatars in a virtual world. The game is controlled by a powerful corporation that uses the avatars to control the world’s economy. Gamer is an action-packed movie with a unique blend of science fiction and action genres. It can be watched in Hindi on Netflix. 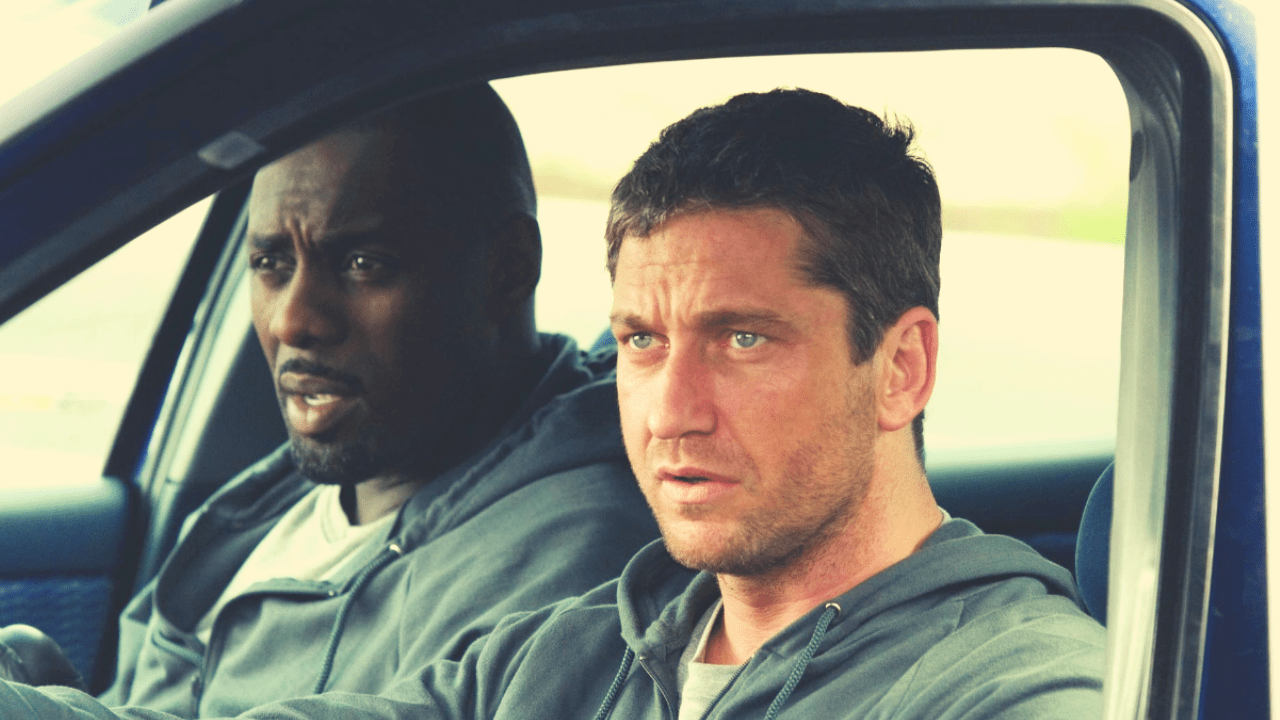 RocknRolla (2008) is an action–packed crime drama. It follows the story of a London mobster who is caught up in a large–scale heist. The movie stars Gerard Butler, Tom Wilkinson. It is a thrilling and suspenseful ride. The movie is full of action, comedy, and drama, making it a great watch. It is available to watch in Hindi on Netflix. 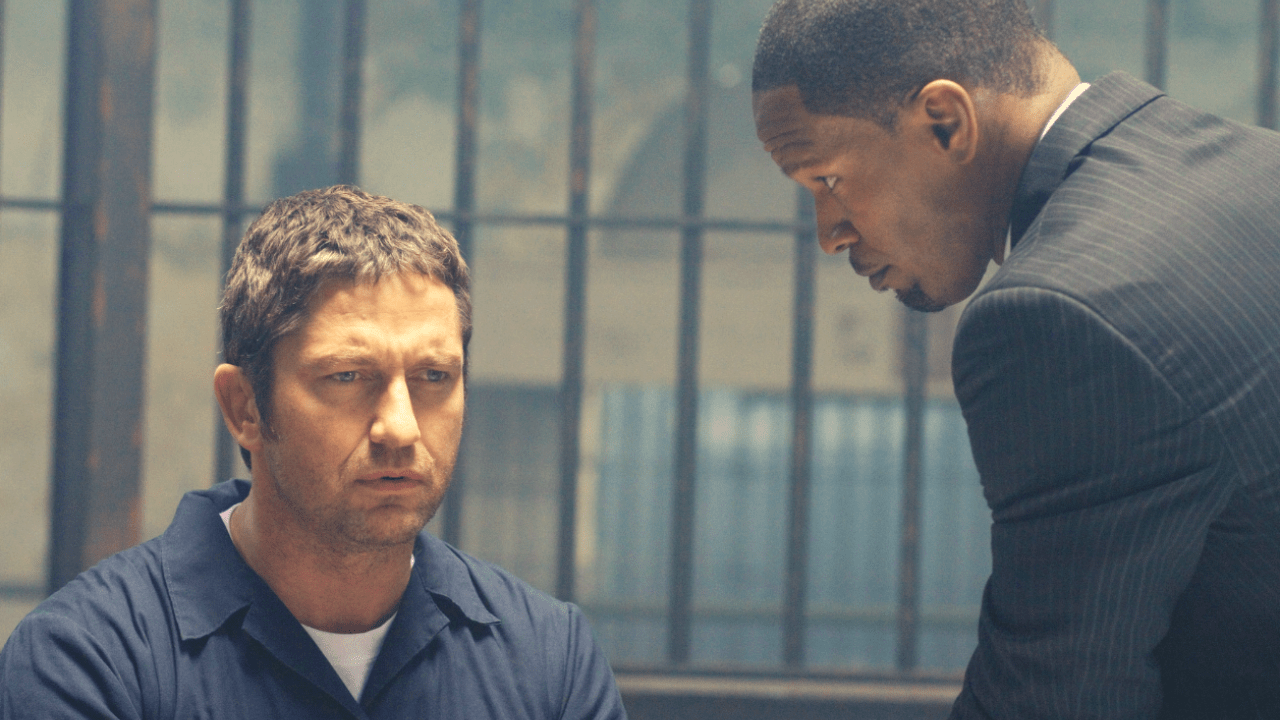 Law Abiding Citizen (2009) is a crime thriller starring Gerard Butler and Jamie Foxx. The plot follows a man who seeks revenge on the criminals who killed his family. After being released from prison, he takes justice into his own hands and begins a campaign of terror against the city‘s legal system. The film is full of suspense and action, making it an exciting watch. It can be watched in Hindi on Netflix. 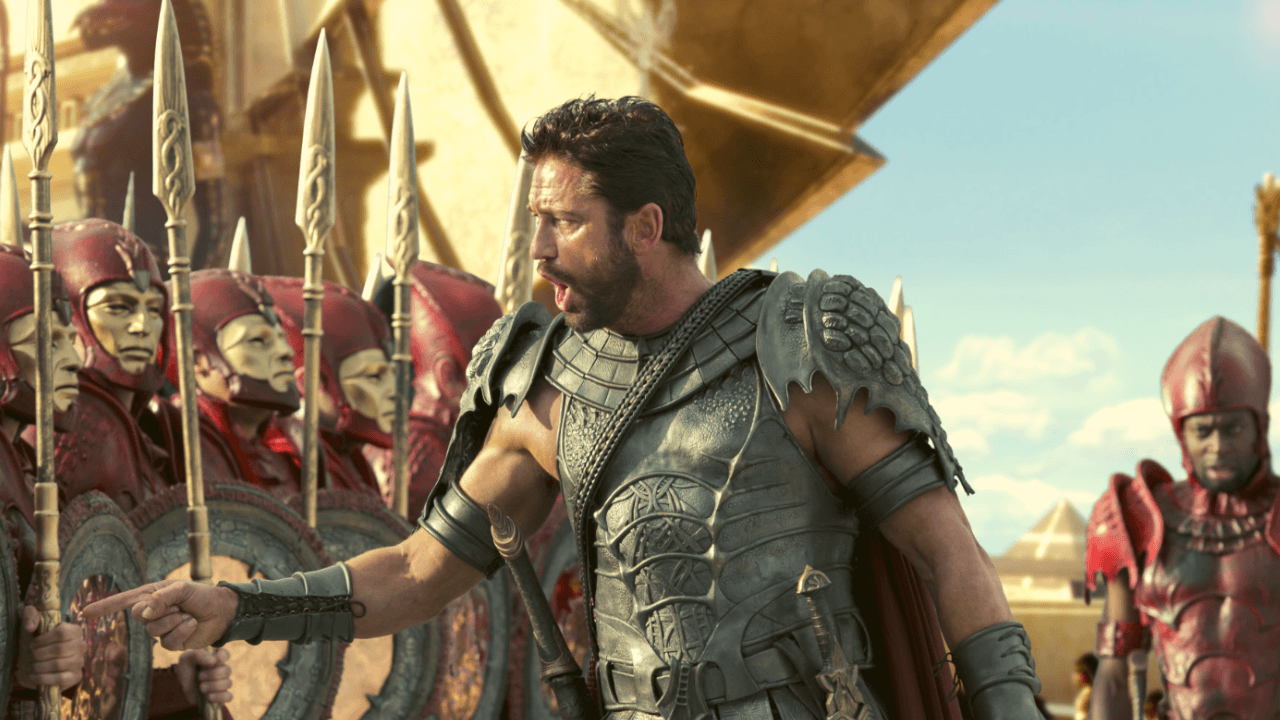 Gods of Egypt” (2016) is an action-adventure fantasy film. The basic plot follows a mortal who allies with the god Horus to save Egypt from Set, the god of darkness. The movie is available in Hindi on Disney + Hotstar. 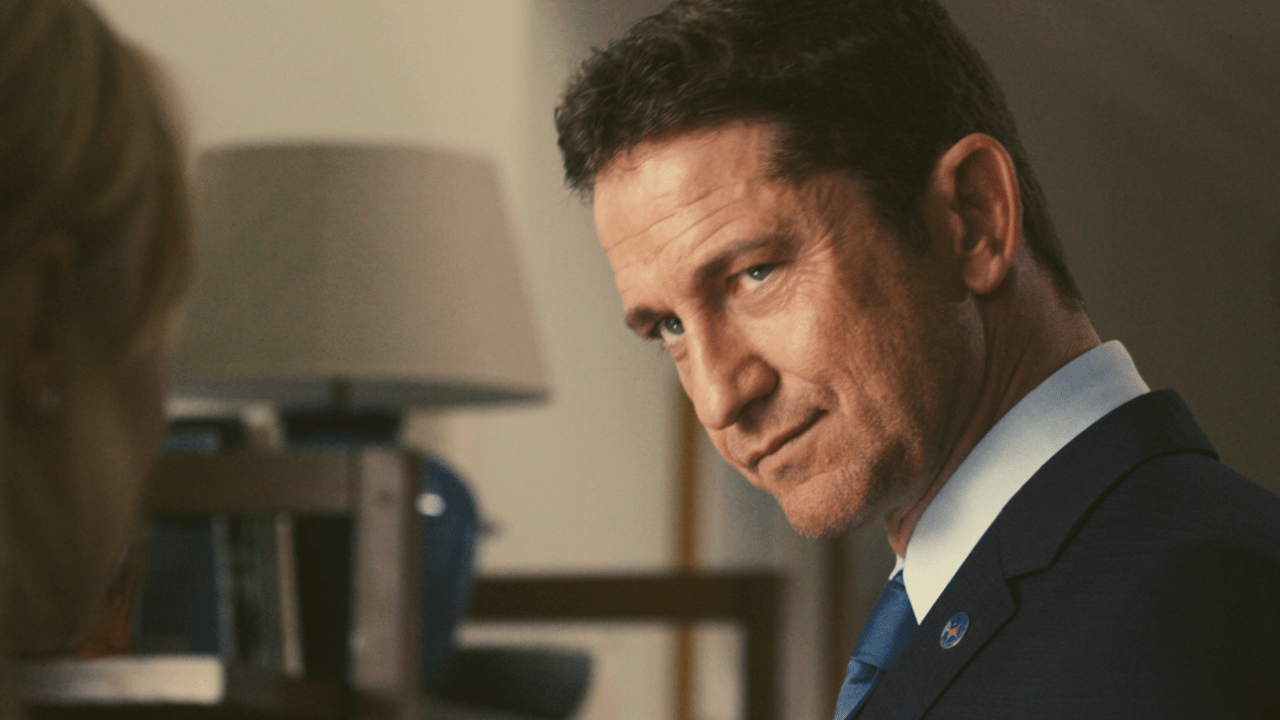 London Has Fallen (2016) is an action–thriller movie. he stories follows the assassination of the British Prime Minister during his visit to London, and Secret Service Agent Mike Banning must save the President from the terrorist attack. It is an intense, thrilling watch which keeps you at the edge of your seat. You can watch London Has Fallen in Hindi on Netflix. 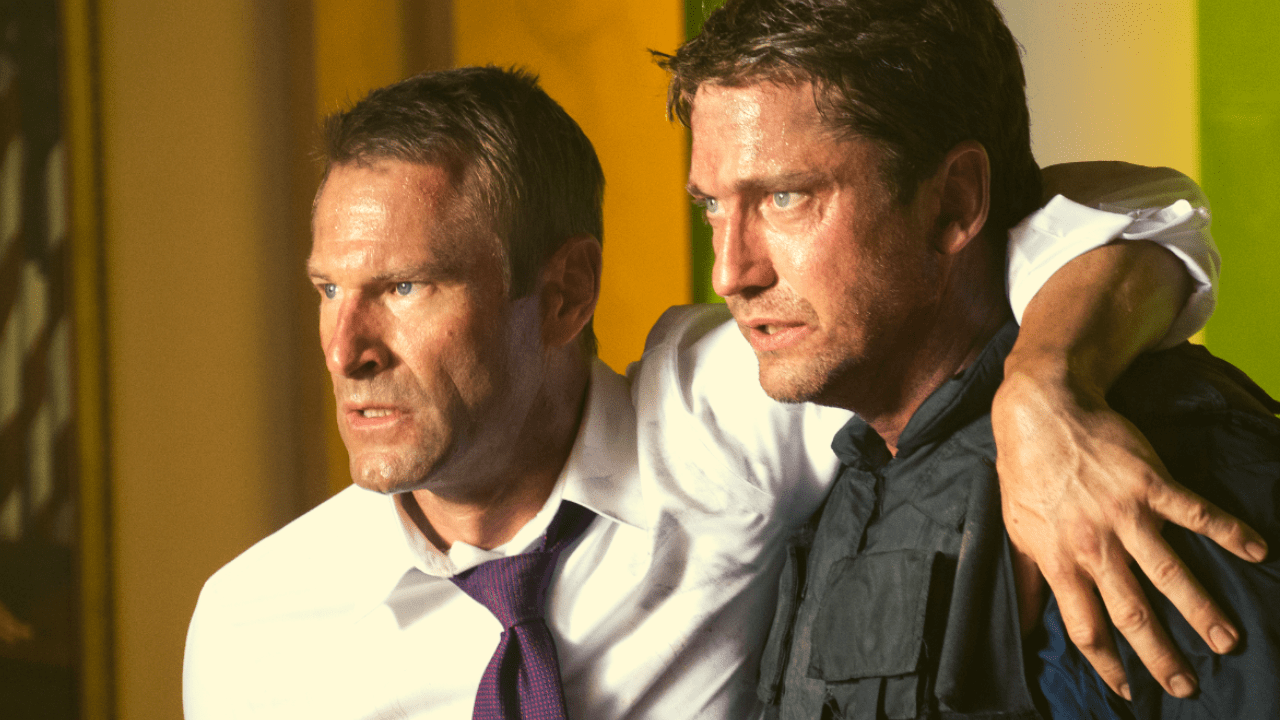 Olympus Has Fallen (2013) is an American action thriller film starring Gerard Butler, Aaron Eckhart, and Morgan Freeman. The plot follows a former Secret Service agent who must rescue the President of the United States after the White House is taken over by a terrorist group. Butler plays the role of Mike Banning, the former agent who must save the President. can be watched in Hindi on various streaming platforms.

300 (2006) is a historical action movie based on the Battle of Thermopylae. It stars Gerard Butler as King Leonidas, who leads 300 Spartans into battle against the Persian “God–King“ Xerxes and his army of more than one million soldiers. The movie showcases the bravery and courage of the Spartans as they fight against overwhelming odds. It is an inspiring story of heroism and sacrifice. The movie can be watched in Hindi on various streaming platforms.

So, which one is your favorite Hindi-dubbed Gerard Butler film?